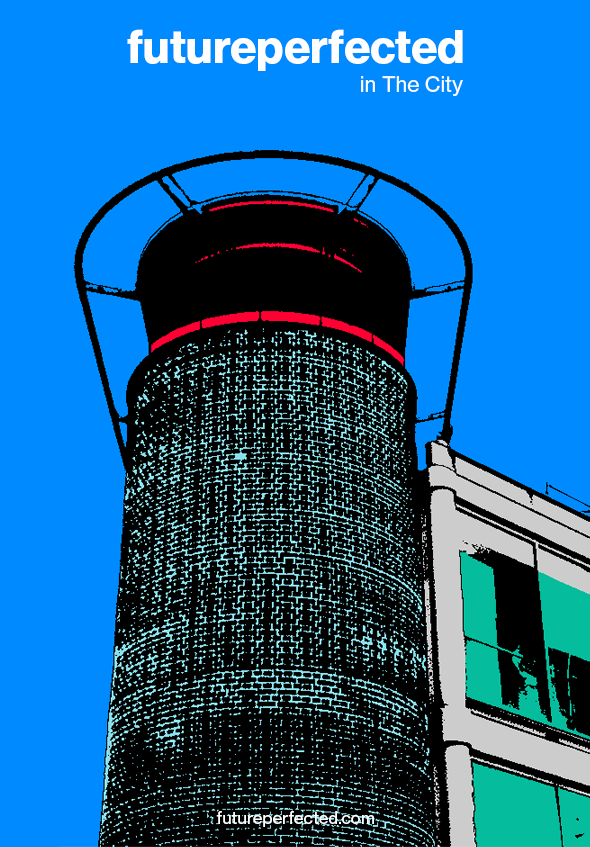 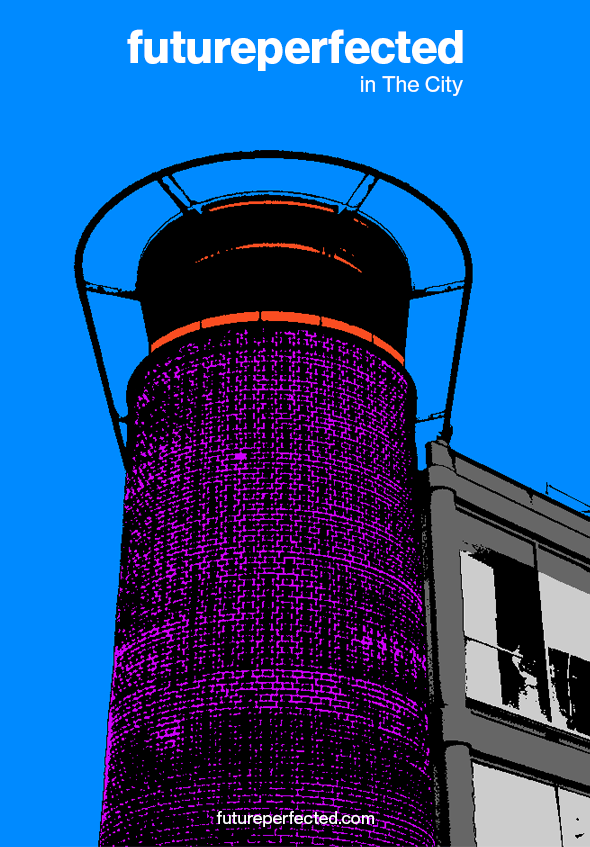 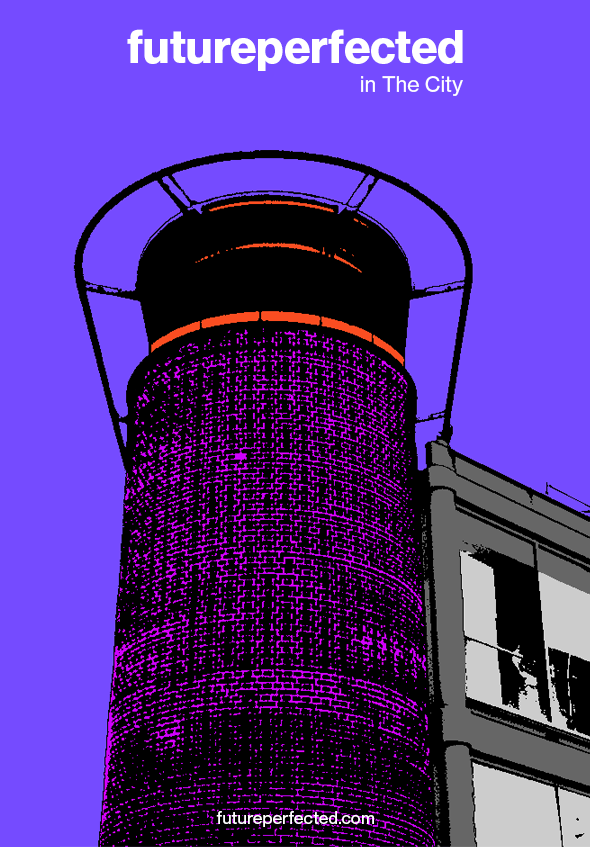 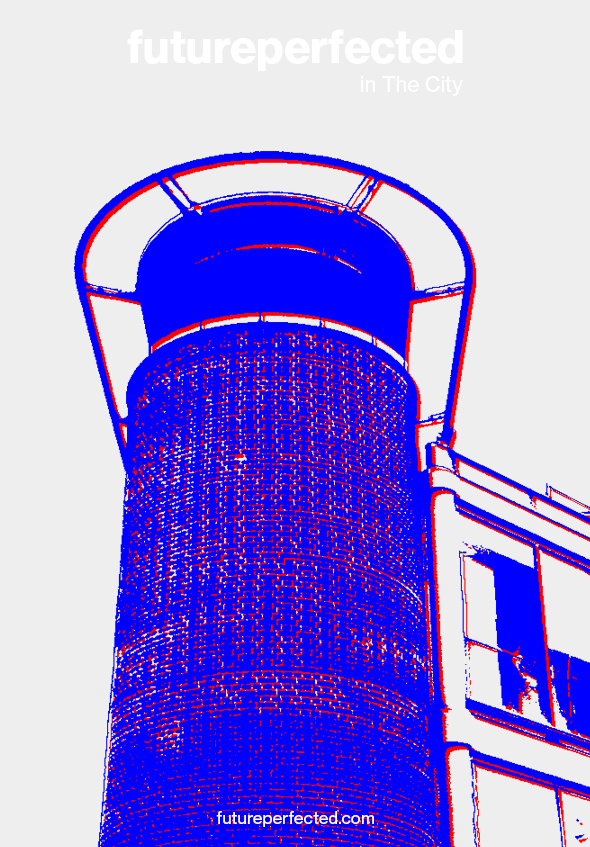 'round tower' was developed from a photograph I took quite some time ago. It would be in The City in futureperfected.

I have introduced a 'phaseshifted' version of the image for the first time. I have been creating phaseshifted versions of many of the images I have been creating. It's an idea of a point in time where time splits for an instant - it could be the result of the nuclear issue, it could be a mental aberation or it could be a ghosting. It produces some very 'eighties-looking' images at times. The one above is quite a tame version.